Education is a vital part of all developed societies. Running schools is a complex challenge that can be approached in many ways. In some countries, there is a lot of control from central government. In others, schools have more independence. In the UK, it’s possible for schools to take either approach. They can be managed by their local authority (the city or regional government) or choose to become an independent academy that is funded directly from central government. The latter option gives them more freedom over admissions processes, teaching, and the way they are managed.

Academies within a region can also get together to form multi-academy trusts. These are charitable companies formed specifically to provide common support and services to all member academies.

Multi-academy trusts provide a range of services, such as teacher training and continuing professional development, human resources, estates and financial management, procurement, and IT support and services.

Inspiration Trust is a multi-academy trust with 15 academy members in eastern England. These cover all age groups – pre-school (four-years old or under), primary (children up to 10 years), secondary (up to 16) and sixth-form (up to 18). The Trust employs almost 900 people and around 8,500 pupils attend its academies.

Like all organisations today, schools are highly dependent on their IT systems and networks, and that’s been underlined during the coronavirus pandemic, with schools having to operate home learning at times. But most teaching and learning goes on inside the school itself and that means the network infrastructure needs to be fast and reliable.

When Darren Harris, Head of IT joined Inspiration Trust in 2019, he soon discovered that there were some real issues with the network. “There were a lot of complaints about networks and access to cloud hosted services being slow. The academies had a lot of aging servers and storage. Each school was autonomous and had been doing its own thing. All the networks were ‘flat’ [i.e. had a very basic and inefficient lay-out]. Nothing was centrally-managed there was no way we could make configuration changes.

He put forward a proposal for modernising the entire IT infrastructure. This would have a central Microsoft Azure cloud domain, which each academy would access through its own remote server. He also recommended the entire network switching infrastructure should be updated and standardised.

While a handful of good switching products were being used in some of the academies, these solutions were quite expensive. Using them across the entire trust would be impractical. Instead, Darren started looking for alternative options. He spoke to another multi-academy trust in the area that was already using Zyxel equipment and the Nebula cloud management system.

“It seemed to be exactly what we needed. The Zyxel kit was comparable to the equipment we already had. The functionality was there, and it was better for us financially. I also liked that Zyxel was continually developing Nebula and adding new features. It seemed like a good fit for us.”

A demonstration of Zyxel Nebula and Zyxel switches was arranged, and Inspiration Trust issued an invitation to tender (ITT) for a pilot programme. It subsequently installed Zyxel switches in one of its schools and started using Nebula for centralised monitoring and control.

The entire infrastructure of the Inspiration Trust has since been upgraded with Zyxel switches and access points installed at all the trust’s academies and other locations. As well as the 15 academies, the trust has an education centre, a headquarters office and a separate central business function. The central IT team uses Nebula Pro to monitor and manage all devices and traffic.

The trust has two Zyxel XGS3800 10 Gbps aggregation switches at the core, with two or more XGS1930 switches providing connections to the network backbone at each location. The latter are multi-gigabit switches that have with 10Gbps uplinks. This means they can take full advantage of the high core bandwidth and provide speeds of up to 1 Gbps to client devices at the edge.

It also has a number of Zyxel access points to provide WiFi connections at every location. Most of these are WiFi 5 but in one academy that has recently become part of Inspiration Trust, it is deploying Zyxel’s latest WiFi 6 access points. Wireless access can also be managed through Nebula, and this allows trust personnel to move around sites and stay securely connected.

The pilot of Zyxel switches and Nebula at Inspiration Trust went extremely well. “The infrastructure was much faster and more resilient, as we’d upgraded that academy from 100-meg [Mbps] switches to a resilient 10-gig [Gbps] backbone, delivering 1-gig [Gbps] to the desktop with complete wireless coverage provided across the school using Zyxel access points.

“The feedback was great. Log-in times had been massively reduced, which is really important for teachers who need to get lessons underway as quickly as possible, and Internet access was much faster. From an IT point of view, we were able to manage the network from the centre. We could schedule firmware updates and change port settings. We could see and analyse the network traffic.”

An example of just how useful this capability can be was shown when the IT team noticed that an IP CCTV camera was using a lot of bandwidth and slowing down network performance. They were able to adjust settings, so that it generated less traffic, and reduce the bandwidth it could use. Doing that improved performance for everyone – and the team was able to implement those changes remotely, through the Nebula Pro console.

The service provided by the Zyxel partner that supplied and installed the switches and access points – XMA is an established supplier to the UK education sector – has been exemplary, said Darren. Even though they were new to Zyxel’s solutions, they were provided with training in advance of the main installation programme, which took place during the summer break of 2021, when the academies were closed for around six weeks.

Installing the Zyxel switches and making use of Nebula has benefited the trust in multiple ways, said Darren. “The performance of the switching has been fantastic. It’s greatly reduced log-in times for staff and it’s providing them with faster access to information. Feedback has been excellent.”

The equipment has been completely reliable. But when they do need assistance or have a question, the trust has avenues for support both through the partner and directly with Zyxel. They have found both to be knowledgeable and responsive. While the faster network saves time for teaching staff and makes it easier to run classes, for the IT team it is Nebula that has really delivered benefits. The trust has an IT team of six and an individual IT support technician at the nine largest academies, who provides hands-on support.

This set-up has always worked well but, prior to using Nebula, when a more difficult issue came up at one of the academies, a member of the IT team would have to go out on site to diagnose and fix it. With Nebula Pro the IT team has found this is hardly ever necessary. Most issues – such as the one with the CCTV mentioned above – can be identified and resolved remotely.

It’s also very easy for team members to work from home. This has been useful during the pandemic and with hybrid working now becoming the norm, it’s a significant on-going benefit.

Nebula has been a revelation, said Darren. “Being able to support the whole network from a central location has meant we’ve been able to deliver a better service to our academies. It enables us to see, on the central dashboard, anything that is out of the ordinary or when switches go off-line. We are able to deliver a much more pro-active service and the academies really appreciate that.”

Further updates have made Nebula even better and faster to use, he noted. “It’s enabled us to become more agile responsive and pro-active in the support we provide.”

Inspiration Trust continues to grow. When the network upgrade project was started towards the end of 2019, it had 13 academy members. By 2022, it had 15 and others can be expected to join. One of the academies has recently expanded and Zyxel equipment has been ordered to equip the new building. Any future schools that join the trust will also be standardised on Zyxel switches and access points. 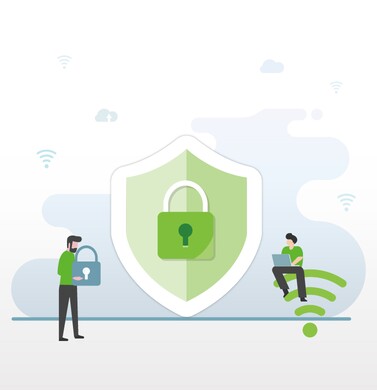 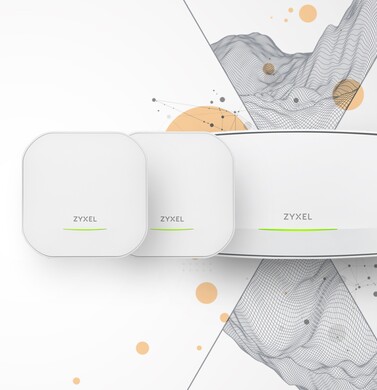 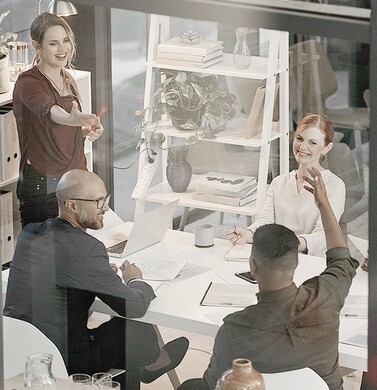