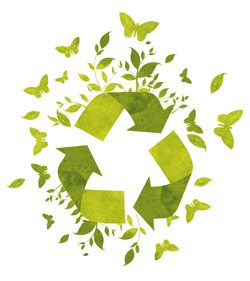 For the environment, sustainable development, and customer health, Zyxel has a constant responsibility to manage hazardous substances conscientiously via Zyxel comprehensive specification, which complies with global regulations and prohibits the use of the relevant hazardous substances by suppliers. We will not only comply with regulations but plan to cease the use of PVC, CFR, phthalates, and relevant hazardous substances through ecothinking. Using the concept of prevention in green design, Zyxel will establish comprehensive electronic processes that will constrain suppliers to control hazardous risks from material and ensure that all components are verified by confirmed certification and test report.

The regulations (including but not limited to the European Union) that are confirmed with Zyxel are listed below:

The Restriction of the use of certain Hazardous Substances in Electrical and Electronic Equipment.

Registration, Evaluation, Authorization, and Restriction of Chemicals. The newest list of SVHC, as per the ECHA website.

Directive 94/62/EC and its amendment, PPW

EU Code of Conduct (CoC)…etc. after taking usage stage into account for the entire life cycle of an electronic product.

Although mandatory requirements will come into force from 1st Jan., 2015, Zyxel has implemented an earlier launch to be in conformity with the requirements. The external power supply is an energy-consuming electronic accessory used to connect networking products. Another focal point for reducing energy loss during the use stage of the entire life cycle is to select and design an external power supply with lower power consumption, in accordance with well-known domestic requirements such as ErP Regulation (EC) No 278/2009 in the EU, US CEC in US, CSA C381.1-08 in Canada, and the International Efficiency Marking protocol.

With the wireless output controlling capability, the Zyxel series makes it easy to adjust the output power for whole-home wireless coverage according to actual needs. The feature eliminates unnecessary power consumption and reduces interference caused by neighboring access points within an area of high-density wireless deployment.

The power on/off scheduling can automatically perform power management tasks according to specific date/time settings for better power efficiency. Based on the user’s usage patterns, this function can automatically turn on or off the device to conserve power and operating costs.

With the advanced hibernation support, the internal hard disks can automatically spin down when there is no data transmission request within a period of time.

The power-saving mode is to reduce power consumption when the Ethernet links become inactive.

Allows a computer on the LAN to be powered on or waken up remotely by a network packet.

In order to save power and reduce wireless radiation when the wireless network is not in use , Zyxel' s Wi-Fi device can be configured to turn on or off automatically according to user's wireless usage patterns.

With Zyxel's smart fan technology, the device can run at slower speeds to reduce power consumption when the system temperature is low.

With power usage adjustment by link status , device automatically reduces power usage when any shut down network device or inactive link is detected; in other words, power consumption of the series can be adjusted according to the number of active network devices.

The Intelligent PoE technology allows power to be supplied over the same Ethernet cable, and thus eliminates the need for costly electrical wirings. It not only supports the PoE switches provide the power the devices actually needed with auto-detection capability to reduce the power consumption but also increases the potential amount of connected power devices.

Automatically reduce power usage by bringing the Zyxel device out of power-saving mode only when there's network activity such as Internet access or an Internet call.

The device equipped with this green feature can automatically detect the length of connected Ethernet cables and adjust power usage accordingly. The shorter the cable length, the less power it consumes. 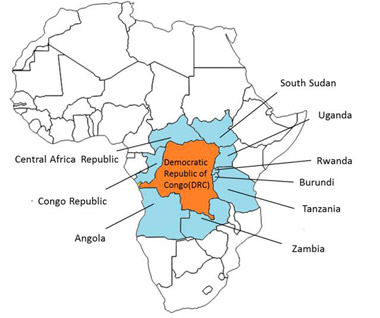 The Conflict Mineral, including Gold (Au), Tantalum (Ta), Tin (Sn) and Tungsten (W), was mined from the Democratic Republic of the Congo (DRC) and adjoining countries. The illegal exploitation of mining in those areas has caused serious human rights infringement and environmental issues.As a good global corporate citizen, Zyxel Networks will put into practice the Social responsibility of human rights and environmental protection. We promise do not accept and do not use conflict mineral, and follow the requirement of the Responsible Minerals Initiative and Organization for Economic Cooperation and Development (OECD) "Guidelines for Due Diligence of Mineral Supply Chains in Conflict-Affected and High-Risk Areas", implement regular due diligence to require all supply chains to disclose the use of smelters Relevant information by using the latest Conflict Minerals Reporting Template (CMRT).

Zyxel establish the policy and requirement of conflict mineral

Supplier control the source of 3TG and submit CMRT to Zyxel

The distribution area and numbers of qualified smelters are as follows, mainly in Asia 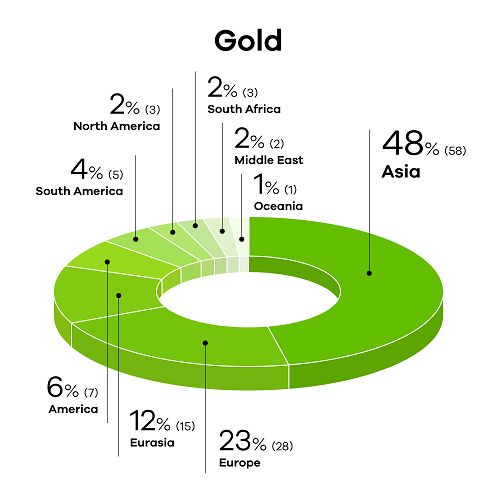 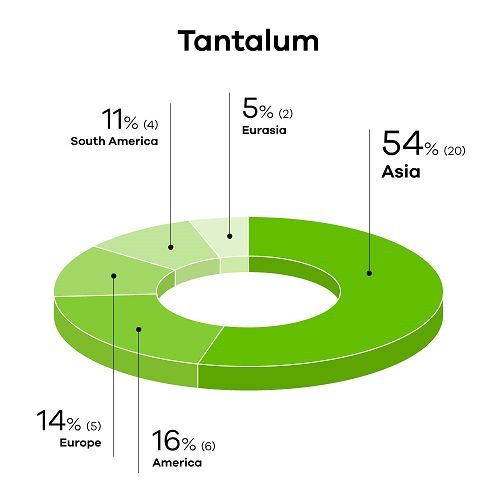 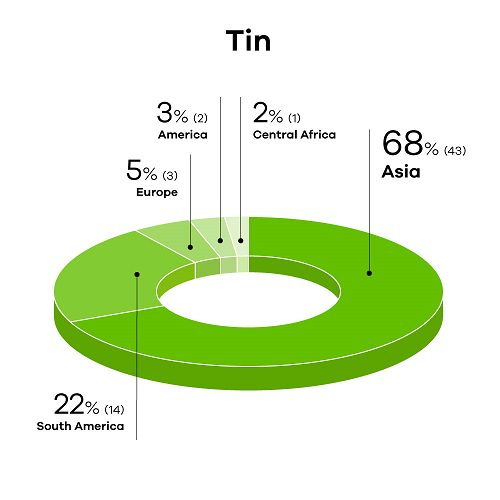 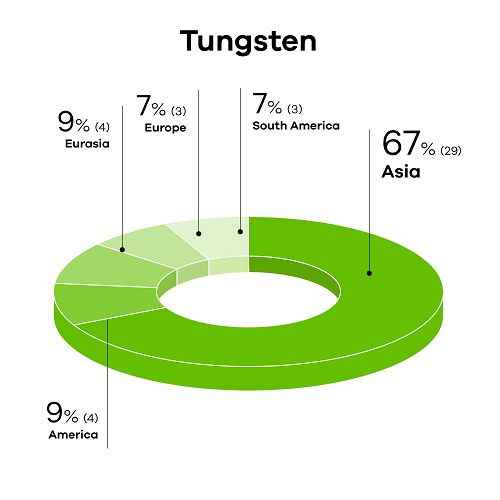 Zyxel is responsible to ensure that the product design considers waste reduction, recycling, and disposal based on repair, upgrade, reuse, and disassembly. Zyxel’s green product management approach is as follows:

Zyxel complies with the WEEE and battery directives (including but not limited to the European Union) and marks separate collection for both on every product.

In accordance with packaging directives, we provide relevant recycling information with packaging, user guides, and quick start guides. The marks, which are compliance with international standards and national regulations, are clearly visible.

In compliance with the ISO 11469, if the plastic products are more than 25g and are marked, they shall be marked a some place on the surface with appropriate standard symbol(s) or abbreviated term(s) set between the punctuation marks "›" and "‹". Such as polycarbonate "›PC‹", acrylonitrile butadiene styrene "›ABS‹", high-density polyethylene "›HDPE‹" and etc.

In order to comply with relevant recycling regulation and ensure that waste electronic and electrical product are properly collected, recycled and processed, If you want to discard any product, Please find a recycling location nearby, do not throw it directly into the trash can (including equipment marked with a crossed wheeled trash can).

Zyxel is committed to taking responsibility for environmental improvement with adherence to international rules, requirements, and standards as a primary task and a basic corporate duty. Greenhouse gas (GHG) emission reduction is being reviewed and fully implemented at national, corporate, or organization level, and the BSI (British Standards Institution) is in collaboration with the UK’s Department for Environment, Food and Rural Affairs and the Carbon Trust to draft PAS2050 – Specification for the assessment of the life cycle greenhouse gas emissions of goods and services, which takes more account of consumer goods and services. PAS 2050 defines and tries to reduce GHG emission within businesses and factories throughout the five stages of the production line based on ISO 14040/14044 standards. 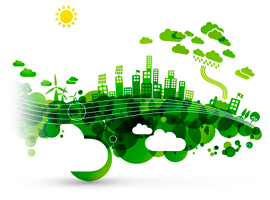 The carbon emission calculation of our products covers each stage of a product's life cycle through raw material, manufacturing, transportation, use, and disposal. We have developed a complete procedure and relevant documentation for improving the investigation and management of carbon emissions that is highly practical and remarkably efficient. We aggressively control our environmental impact throughout the entire life cycle of products using systematic procedures and documentation in a "Hazardous substance free database,""Life cycle analysis report,""3R disassembly database," and "Energy efficiency evaluation.”