Backhaul of ADSL2+ traffic requires that hops are no more than 5-15km between the local exchange and core network. Thus NewNet is focusing its ADSL2+ offering on niche markets where it has achieved a critical mass of IPStream subscribers. Rollout was commenced in August 2007 with installation of its own equipment at a local exchange in Portsmouth and at customer premises – bypassing the BT IP cloud altogether.

The level of control ZyXEL's DSLAM provides is also vital for service delivery and future product development. The IES 1000 incorporates ZyXEL's IP Express technology, which uses VLAN (Virtual LAN) to segment the class of services provided. Each Permanent Virtual Circuit (PVC) transformed to and from an ATM-based CPE can be configured and mapped to an assigned VLAN with different packet priorities. NewNet can therefore differentiate the class of services it offers, while ensuring network privacy and security. 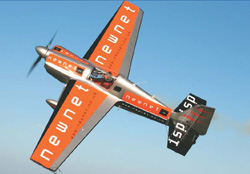