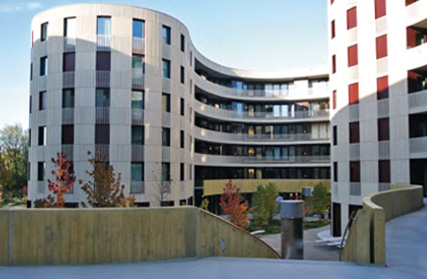 ETH Zurich gives its students a lot. The Swiss science and technology institute is consistently ranked among the 10 best universities in the world, has a nearly 200-year history of innovation and excellence, and has produced dozens of Nobel laureates. Recently, though, it wanted to give its students something new. Here in Switzerland’s largest city, where rental costs are out of reach for many, ETH wanted to give its pupils the home they deserved. And these days, a house isn’t a home without reliable, secure wireless – especially for students. With Zyxel’s local partners, ETH built a residence where every resident has secure, high-speed WiFi, allowing them to fully pursue their academic curiosity.